New York to London in just over 3 hours!

Sir Richard Branson, one of the most famous entrepreneurs to come out of the United Kingdom to date, is the founder of the Virgin Group which controls more than 400 companies. However, if and when his latest revelation comes to fruition, then this could well be the thing that he’s remembered for in years to come.
Virgin Galactic and Boom (a start-up company creating supersonic transport), have unveiled a prototype of what they are expecting to be the first post-Concorde airline to be used for supersonic commercial travel. The jet is designed to be 10% faster than the Concorde, which offered supersonic commercial service until it was retired in 2003. A crash in 2000 killed 113 people. “Concorde’s designers didn’t have the technology for affordable supersonic travel, but now we do,” said Blake Scholl, Boom’s founder and chief executive officer.
The new aircraft has a cruising speed of Mach 2.2 or 1,451mph, which is 10 per cent faster than Concorde’s speed of Mach 2 (the speed of sound is measured as Mach 1) and 2.6 times faster than other airliners. The new planes are set to carry 40 passengers at a time. The airline is expected to come into operation in 2023 and will cost passengers £2’500, currently the jet will only be able to seat around 40 passengers. Its name is officially going to be XB-1, but it has already established the popular nickname of ‘baby boom’.
You will be able to travel between New York and London quicker than it takes you to drive from London to Manchester. 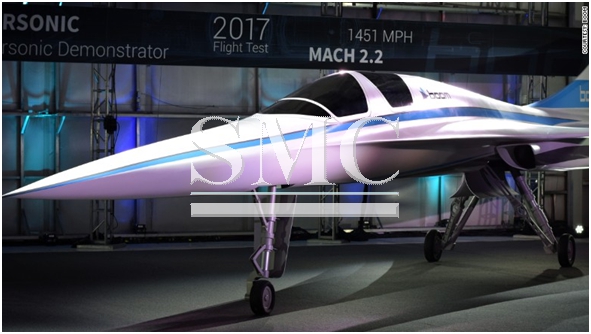 Link to this article：New York to London in just over 3 hours!