Hong Kong Disneyland is set for an expensive expansion

Posted by: Alloy 2021-02-22 Comments Off on Hong Kong Disneyland is set for an expensive expansion

Hong Kong Disneyland, which is the smallest of the 6 resorts worldwide, is set for an incredible $1.4 billion development. Disney’s theme park division is its second largest business and the company is currently in the phase of a slight craze for building and developing theme parks, it was only in June that the Shanghai Disneyland was opened.
The construction project is scheduled to take six years and will begin in 2018. The expansion is going to include the world’s first ‘Frozen’ and marvel-themed lands. The Frozen themed area will entail two major attractions and a dining area based on the globally renowned film, whilst there will also be a number of rides related to the world’s favourite Marvel superheroes. “We are more excited than ever about the future of Hong Kong Disneyland,” Bob Chapek, chairman of Walt Disney Parks and Resorts, said in a statement.
Disney’s park based business has seen rather attractive financial results in recent times. Last year saw revenue climb 5 percent to almost $17 billion last year, while profit rose 9 percent to $3.3 billion, which could explain their ambition to develop further with vast amounts of profits.
The Hong Kong Park first opened back in 2005 and was heavily criticised for being underwhelming in comparison to its sister parks. However, since it’s opening it’s been receiving considerable amounts of expansion projects, namely that of the ‘Iron Man Experience’ and a third hotel, both of which are scheduled to open in the early stages of next year.

“Frozen,” released in 2013, is the highest-grossing animated film of all time with worldwide box office sales of almost $1.3 billion, according to the research site Box Office Mojo. Therefore, you can probably expect a large number of those avid fans to be making a trip to Hong Kong upon its grand opening. 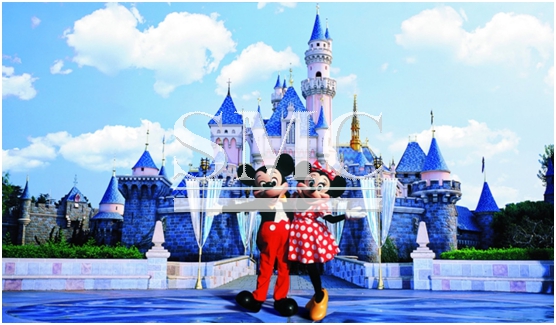